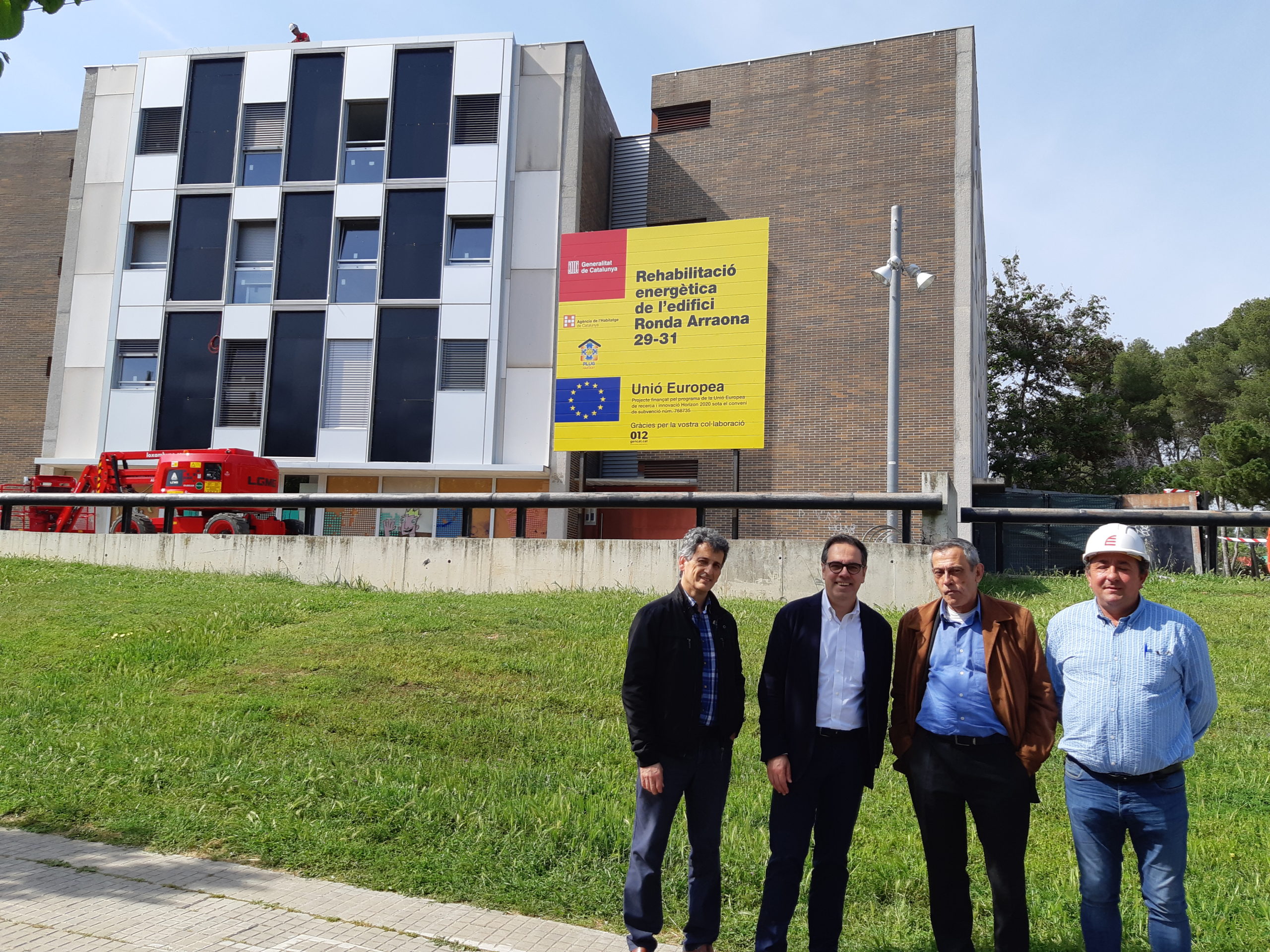 GARCIA FAURA was part of the development team of an innovative and multifunctional modular façade prototype that was installed in a complex of 30 social housing units in Sant Quirze del Vallès (Barcelona). The action is part of a project led by the Catalan Housing Agency and designed by the architectural firm Pich-Aguilera as part of the European Plug-n-Harvest project.

The action stems from the energy rehabilitation of a residential building built in 2003 and which was suffering from moisture, thermal comfort and damage to the three ventilated facades facing the street, due to the decision to undertake improvement work.

The promotion is owned by Incasòl (Catalan Soil Institute) and is managed by the Catalan Housing Agency (CHA), a partner of the European Plug-n-Harvest project, which promotes public administrations as an example of social and environmental transformation and implements sustainable development projects.

Faced with this challenge, the architectural firm Pich-Aguilera has developed a renovation project in collaboration with the CHA based on a constructive and technological solution with an innovative dynamic façade. GARCIA FAURA was responsible for the development of the prototype, its testing in the test laboratory and, once the solution was validated, its production design, the manufacture of the modules and the execution of the renovation work on the façade and installation. The project was partially funded by the European fund Horizon 2020.

An example for other projects

With the project of the CHA and Pich-Aguilera, GARCIA FAURA has developed a design that not only solves the pathologies of the facade of the building, but also will reduce the high energy consumption and, at the same time, will reduce the bill of electricity for social rental housing.

The design of the new façade system (which can be extrapolated to other rehabilitation projects) incorporates a series of measures to reduce energy demand and increase the use and production of renewable energy, to the point of allowing surplus energy distribution.

Running the expansion of the school Betania Patmós

GARCIA FAURA works in the development, manufacture and installation of facade enclosures, skylights and solar slats of the new building of this prestigious educational institution. A building designed by Capilla Mónaco architects and conceived as a rational and functional space. The company executes for this project about 1,500 square meters of solutions for façade, contributing with its products to the achievement of the technical project objectives.

The actions, which represented an investment of more than 5 million €, have included the remodeling of the old passenger building and the platforms and the construction of two underpasses. GARCIA Fauria has been in charge of manufacturing and installing all the windows and windows as well as technical monitoring of the work on the set of closures, through its technical department.

GARCIA FAURA completes the intervention in the French project L’Archipel