After many years of works, the city of Barcelona has remodelled one if its most iconic municipal market halls. The project, headed up by architect Josep Lluís Mateo, involved the modernisation of installations and reorganisation of the commercial system. The roof was restored and the exterior facade was renovated with new cladding. The new exterior appearance has rendered the installations more visible with a more modern image. In addition, it filters the sunlight that enters the market and prevents the products exhibited in the units from being exposed to direct sunlight.

GARCIA FAURA was tasked with undertaking several areas of renovation. One such part was the entire external appearance of the market; with the fabrication and installation of more than 1,500 m2 of steel curtain wall and a second skin cladding formed by bent and perforated stainless steel panelling. The company was also responsible for installing the enclosure system for the 18 external units integral to the market structure, formed by galvanized steel panels and swinging doors that, once open, act as a sun awning for the same unit. Inside the market hall, GARCIA FAURA installed laminated and tempered glass internal enclosures, both transparent and coloured, as well as numerous metal installations in the access area. 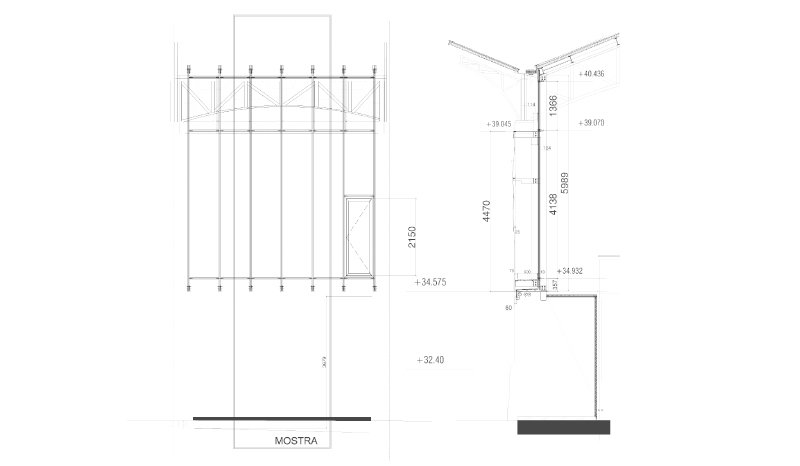