Building formed by two wings joined by a central body that covers a total area of 23,000 m2, standing 8 floors high. The architects co-ordinated the design of the facades on the basis of interior natural lighting requirements. For this reason, a ventilated facade system with enclosures was selected as it facilitates the maximum entry of light into the rooms, but maintains the requisite level of privacy for an installation of these specifications. The windows are perfectly integrated into the pattern of vertical and horizontal lines described by the facade itself.

The exterior appearance is one of the most significant aspects of the building. For this it was necessary to opt for a profile that did not detract from the facade itself. For this reason, the bulk of the work is made up of a purely architectural window template reminiscent of the old folded sheet metal type joinery. Its small aluminium mass visible from the exterior contributes to imbuing the window with understated yet sleek lines. It guarantees the maximum capacity for glazing, providing absolute levels of brightness inside the rooms, as per the architectural project requirements. 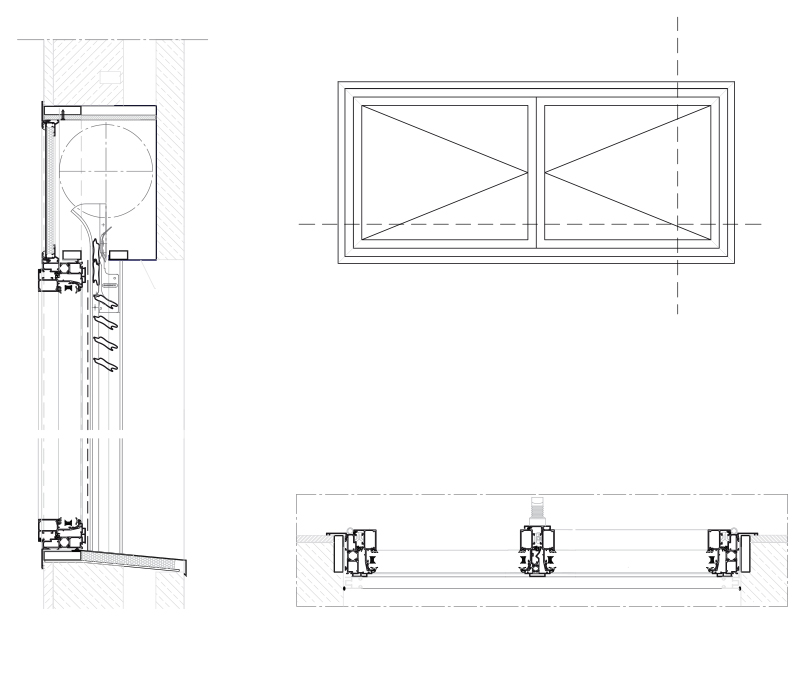