Renovation of the facade of this building designed by Leopoldo Rodés and converted in 2014 into the new corporate headquarters of Aigües de Barcelona. The building is designed in the shape of a glass cube, in an endeavour to make the most of the natural light on all the facades. It measures more than 13,000 square metres and is fitted with the most modern installations and services to manage the more than 100 installations Aigües de Barcelona has all across the territory.

The renovation sought to intervene in the facade to improve the thermal comfort of the building. The highly technically complex project, directed by Xavier Ferrés, consisted in installing corrugated metal mouldings between the facade glass, as well as making perforations in the existing hoods. With these works, the ventilation of the building was improved, and in periods of high temperatures, a general drop in the interior temperature was obtained compared to the exterior temperature. 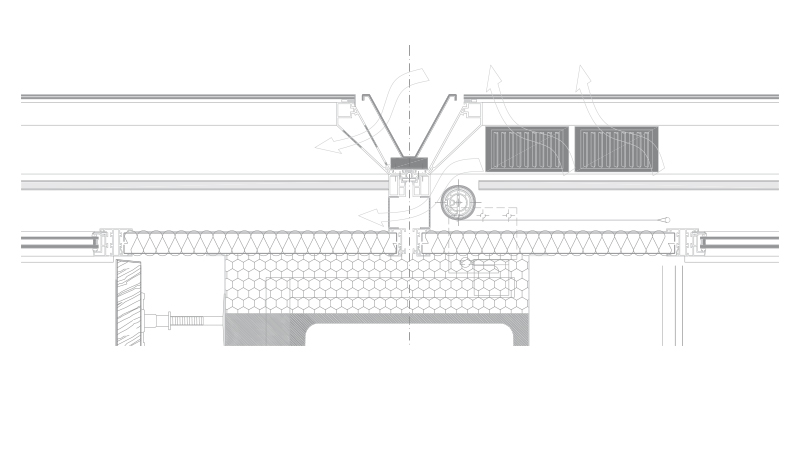